Ronda Rousey will coach a historic season of The Ultimate Fighter 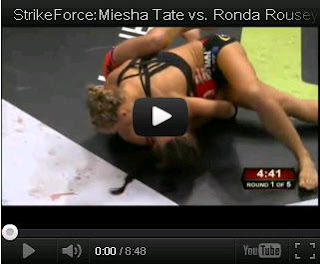 The new MMA star general public and bantamweight world champion will be the first woman to coach the show UFC The Ultimate Fighter, according to an announcement of UFC.com.

Ronda Rousey of next challenger and opposing coach on the show will be determined by the upcoming battle between Miesha Tate and Zingano Cat. That the fight is scheduled for The Ultimate Fighter Finale: Team Jones vs Sonnen card team April 13.

According to the report, casting the series will feature 135-pound fighters divisions both men and women.

Ronda Rousey and Miesha Tate potential opponent have a bit of history. Rousey challenged Tate for her Strikeforce championship when the two fought for the defunct promotion. Rousey was able to take the title of Tate by armbar at the 4:27 mark in the first round.

Zingano has yet to make his debut but sporting a UFC record of 7-0. His last victory came in the promotion of Invicta.

Rousey made ​​all sorts of UFC history when she became the first woman to headlining a UFC UFC 157. She successfully defended his championship against Liz Carmouche by armbar in the first round of the fight first woman of the organization.

With more history with season 18 of The Ultimate Fighter, it is clear that the organization is all-in with his first female star.
Posted by 5januari2013 at 8:02 PM No comments: